German Motorcycles Market in losing terrain after June sales declined sharply. Total sales in the first half have been 136.506 (+7.6%) still projecting a year end in line with the 2020. But the mood is dark. Electric vehicles segment is booming with the Chinese Niu on top of the list.

In the 2022 the German motorcycles market was expected to recover the 2020 sales level, after the 8% lost reported last year.

However, sales had been penalized of short supply for many brands and customers were expecting to change their bike this year more than in the previous.

Demand for individual mobility has not been satisfied yet and other factors are positive, like the economic expansion, the strong incentives to electric vehicles and a growing demand for evs.

These factors were expected to more than balance negative impact of growing inflation and production difficulties on raw materials purchase. The effects of Russian war in Ukraine have been strong, with fuel price at the peak in decades (although Government support) and the economy is expected to smooth the growth.

The market started over expectations with a huge increased scored in the first quarter, before to be hit by war and short supply effects. Consequently in the second quarter sales speed declined in April (+4.4%) and in May (+8.4%) before to lost sharply in June (-17.4%) eroding part of the initial gain.

As expected, the electric segment is fueling the scooter market with year to date sales grew up 54.0% in the L1 category (correspondent to below 50cc ICE) and the L3 category up 364%.

In this category, the Chinese Niu is market leader although the short supply followed by Piaggio and BMW.

Following the sales boom reported in the previous year, in 2021 the German motorcycles market slowed down reporting a double-digit lost.

The key reasons behind this negative score are all related to the previous year +14% increase. The market in 2020 boomed not only for a fast demand growth, but even for a strong bulk of self-registrations reported in the Q4 due to the new emission level stage introduction.

In fact, the German market usually operates with high dealer stock and it was heavily pushed up at the end of 2020 by self-registrations, related to the manufacturers push to register high volumes of euro 4 models, as Euro 5 stage was introduced in January 2021.

The electric vehicles segment grew up 48.8% with the Chinese Niu on top of the list (as in almost all countries in Europe) and with Piaggio increasing 217% from the previous year. 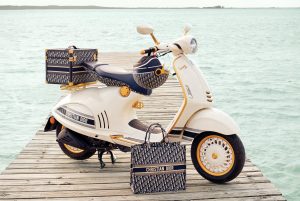